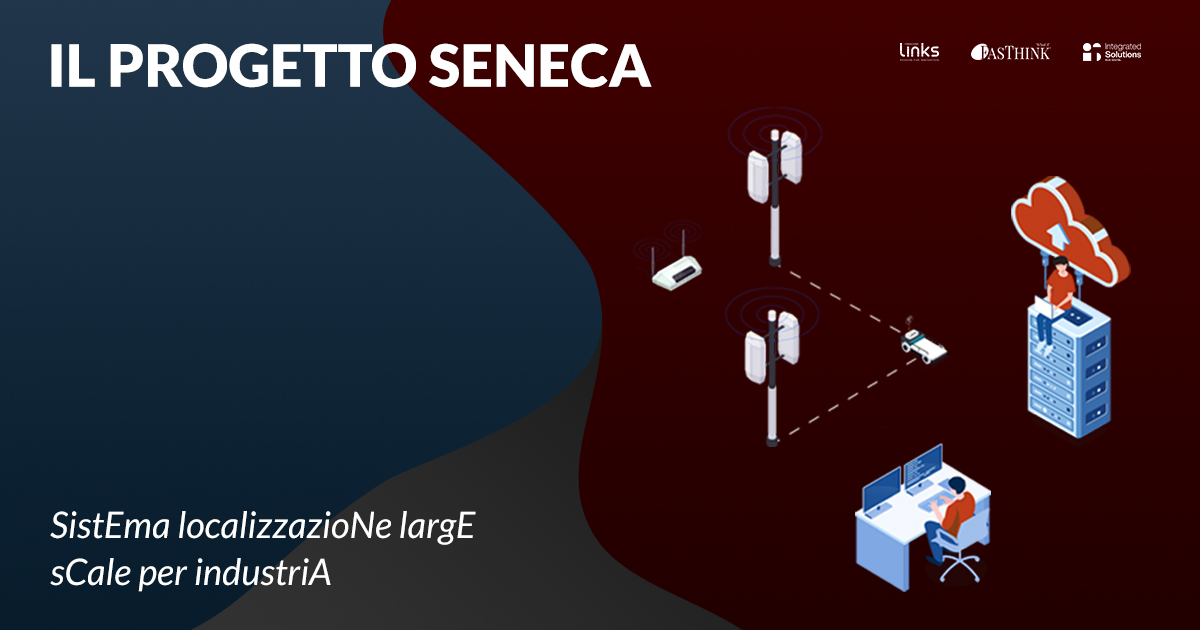 It has recently ended The Seneca regional project, the aim of which was to develop a large-scale indoor localisation system capable of localising a large number of tags within extended areas, with the end goal of enabling logistic applications for Industry 4.0. Specifically, the system developed – which is based on Ultra-Wide-Band (UWB) wireless technology and on a probabilistic localisation algorithm – is capable of estimating position with a level of efficiency that increases proportionally to the area covered and the number of tags to localise. Thanks to the installation in the focus area of an infrastructure of fixed UWB devices acting as reference points, it is possible to identify the location of objects with a precision of approximately 20 cm.

The SENECA project was born from the meeting between FasThink and Integrated Solutions. In the course of a range of industrial projects, it emerged the complementary of their skills and areas of operation. The partnership with the LINKS Foundation, that for years has carried out experiments in the field of UWB indoor localisation, has marked definitely the concretization of the joint activity.

The participation of these three organisations in the project allowed for a process of technology transfer involving the prototype components and the localisation algorithms developed by LINKS in recent years.

LINKS has designed a protocol for UWB communication that optimises the high-frequency exchange of wireless localisation messages in a large-scale setting and has developed the corresponding firmware for the chosen HW platform. FasThink contributed to the engineering of the UWB devices, and – together with Integrated Solutions – developed the management and monitoring platform, a software architecture that allows the rapid integration of the localisation system within a varying range of industrial situations, allowing the display of the map with respective signaling of the location of the objects.

The overall localisation system was successfully tested last May on the premises of a well-known manufacturing company in Northern Italy, with the real-time localisation of a number of forklift trucks, with the end goal of optimising complex logistic operations.

Read the press release
They might also interest you
Webinar “Guide to the Smart Factory, instruction for use”
Press – March 2021
FasThink and RFID, unrivalled know-how for top performance!
Read all the news